Song Addiction of the Moment 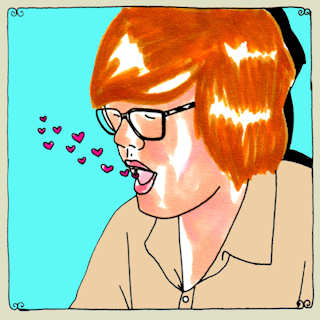 While listening to Spectrum last week (I was taking a break from SiriusXMU, okay?) I was caught off guard by an exceptionally solid song.  Unfamiliar with the artist's name, I wasn't quite sure whether the music was current or from another era, as it possessed a nostalgic quality and sounded undeniably similar to Van Morrison.  After the song ended, I committed the name "Brett Dennen" to memory and later looked him up - he is in fact a modern musician and may or may not be a big deal, but it just so happens that he is coming out with a new album, Loverboy, mid-April.

Hope you enjoy this song as much as I do :)

Not only is the above photo compliments of Daytrotter, but the below track also is: